Module 4 The role of gender stereotypes in society

Unit 5 Gender Socialisation and its impact 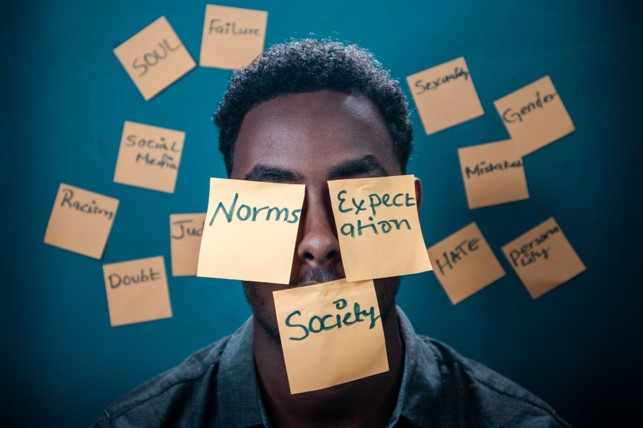 “Gendered socialization refers to specific gender roles or the gender-stereotypical attitudes and expectancies of parents, teachers, and other socializing influences such as the media, all of which transmit gender stereotypes” (Wille, et al., 2018, Wigfield et al., 2015). As children grow, they are taught how they should behave based on their gender and what the norms, values and beliefs are that go hand in hand with it. Gender stereotypes can thus be seen as an immediate result of gender socialisation. This concept describes the societal factors that affect stereotypes – in regards to gender – and it can be thought of in relation to the environmental and cultural origins of stereotypes mentioned in 2.3. Some research examples on the impact of gender socialisation and its resulting gender stereotypes have on children are summarised below.

Math – boys vs. girls: While boys can identify with and value math,  it is not the same for girls, who do not identify with math and they devalue the subject instead (Eccles et al., 1983; Wigfield et al., 2015). Researching how this happens, studies have shown that it is the activation of traditional gender stereotypes that becomes salient and then causes girls to disidentify with math and feel they do not belong in a group of students (doing well) in a math class, which in turn causes them to underperform and be demotivated to engage with the subject (Spencer et al., 2016). Importantly, when stereotypes are not made salient for girls before a math test, they do perform as well as the boys (Nguyen and Ryan, 2008; Doyle and Voyer, 2016).

Essentially, it is the stereotype threat that causes gender stereotypes to become salient and have the above mentioned effects in girls’ performance and motivation though raising inhibiting doubts and anxieties. Psychologists Claude Steele, PhD, Joshua Aronson, PhD, and Steven Spencer, PhD, have found that even reminders in passing that someone belongs to a specific group that is stereotyped as underperforming on a specific academic subject can have negative effects on test performance. The same negative effects are believed to result even when a stereotype is mentioned in a benign context too (Stereotype threat widens achievement gap).

What about the boys? Do they perform better under stereotype threat? Although several studies have indicated that the effects of stereotypes on girls’ and women’s performance and motivational dispositions toward math are significant, most studies have reported no effects for boys or men, either negative or positive. (Wille, et al., 2018).

Reflective question: How early do you think stereotypes start to influence a child’s perceptions of gender?

Gender socialisation starts from even before birth sometimes. Thinking about the colours that are attributed to each gender in the early years, parents when they know the sex of their baby before it is born, they prepare the baby room and they buy clothes that conform to the societal expectations of the gender that will be assigned to the baby once it is born.

Studies have shown that children in primary school (ages as young as 5) are already aware of their own gender and show gender-stereotypical views when it comes to math, as they ascribe lower math capability and talent to women and girls compared to men and boys (e.g., Signorella et al., 1993; Ambady et al., 2001; Passolunghi et al., 2014).

It is important to highlight here the existence of gender fluidity and that there are individuals who do not conform with either gender or they identify as transgender. Therefore, this binary distinction alongside with the stereotypes that follow can have greatly negative effects on children who cannot identify with either gender or with the one that was assigned to them at birth.

Overall, from the research examples above, it is clear that gender socialisation not only starts really early for most of us, but it also has tremendous effects on academic performance for girls and women.

Statistics of Women in science, engineering and technology

According to Eurostat, in the EU in 2019, there were 6.3 million women working as scientists and engineers (i.e. “persons with scientific or technological training who are engaged in professional work on science and technology activities, high-level administrators and personnel who direct the execution of S&T activities”) accounting for 41% of the total workforce in these sectors. Of course, numbers varied in different countries seen in the infographic presented here by Eurostat.

Furthermore, in 2020, Eurostat reported that 51.3% (37.5 million) of all the workforce (73 million) in science and technology (i.e. people who either completed education at the third level or who did not formally qualified, but employed in a science and technology occupation where the above qualifications are normally required) were women. Again, different countries showed different trends as shown in the infographic here.

However, according to stemwomen.com the numbers of women in the STEM workforce in the UK are consistently much lower than those of men. More specifically, in 2019 in the UK, women in engineering professions reached 10% of the workforce, in science professions 46%, in science and engineering technical professions 25%, and in IT professions 16%. Taking these statistics into account the impact of gender stereotypes from early on in a child’s life is obvious.