Module 5 Education and gender inequalities: the composition of the teaching population according to gender

The gender pay gap refers to a difference in earnings between women and men.

In the EU the gender pay gap stands at 14.1% and has only changed minimally over the last decade.  Women earn 14.1% on average less per hour than men.

The gender overall earnings gap, that measures (1) the combined impact of the average hourly earnings, (2) the monthly average of the number of hours paid and (3) the employment rate, stood at 36.7% in 2018.

The gender pay gap ranges from less than 5% in Luxembourg, Italy and Romania to more than 19% in Austria, Germany, Latvia and Estonia.

A lower gender pay gap does not necessarily mean that the labour market in that country is more gender equal. It can occur in countries with a lower employment rate of women, where mostly women with higher earning potential (e.g. better educated) enter the labour market.

The EU countries with the highest minimal wages are Luxembourg, Ireland, the Netherlands, and Belgium, were their wages fall between 2,100 to 1,500 euros per month. On the contrary, countries such as Bulgaria, Latvia, and Romania have a significantly lower minimal wage which falls between 300 to 450 euros per month.

The level of the minimal wage reflects the economic performance and the different cost of living in the EU countries. 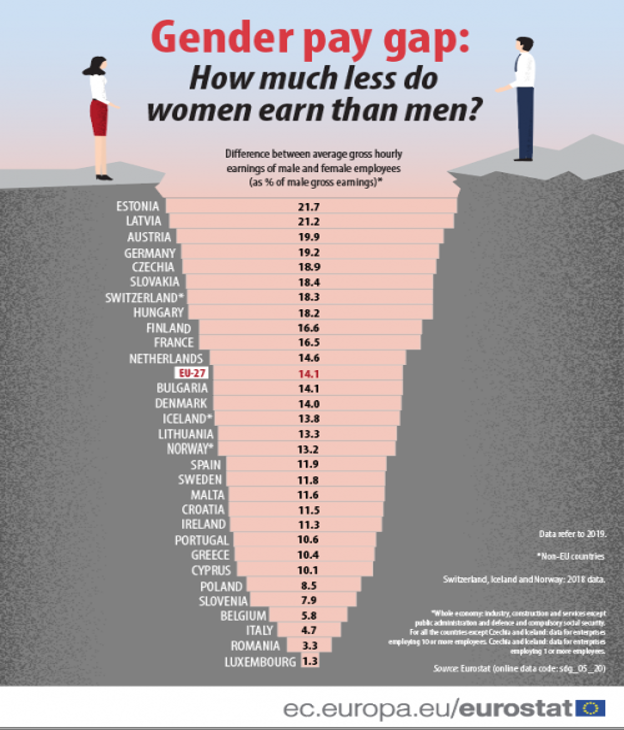 Teachers’ salaries tend to increase depending on the level of education that they teach and the years of experience that they have. School heads’ salaries are more than 51% higher on average than those of teachers across primary and secondary education.

Female teachers still seem to be getting paid significantly less in comparison to their male co-workers. Male public-school teachers earn about 14% more than their female co-workers with the same qualifications.

In Luxembourg, tertiary educated 35‑44 year‑old women earn almost 90% of the earnings of men. This is higher than in Hungary and the Slovak Republic where women earn less than 60% of what men with the same age and education level earn.

Female researchers, in tertiary level, are more likely than men to work under contract arrangements that are considered “precarious employment” and considerable pay gaps remain in scientific research and development occupations. The gender imbalance is even more striking in certain fields, including the science, technology, engineering and mathematics (STEM) fields.

Why do women earn less? 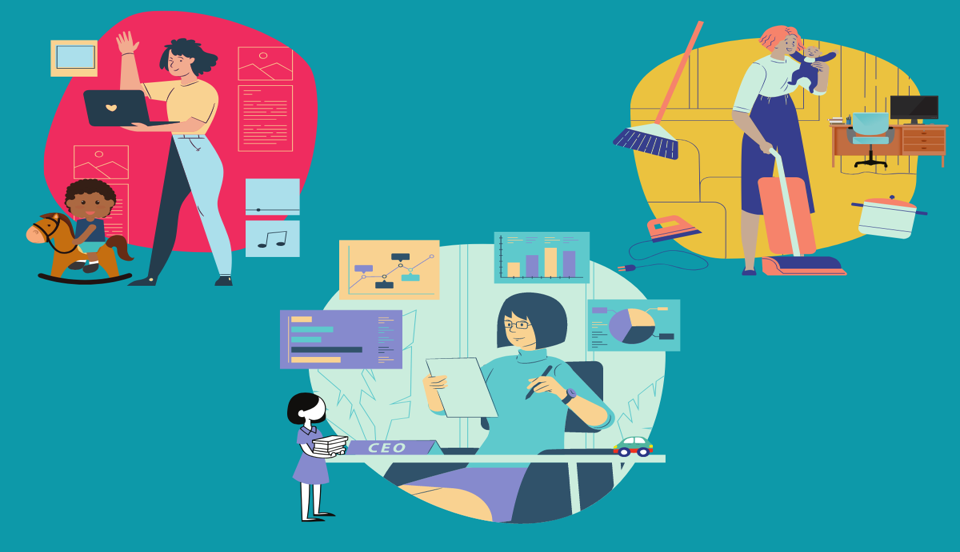 The reasons why women earn less than men lie in the different working patterns of women, including the fact that women more often interrupt their careers or change their working patterns to look after a child or other relatives. Another reason is that women across the EU often work in low-paid sectors and their salaries are also lowered due to their part-time employment. Some women are even paid less than men for the same work.

However, according to European Commission the far largest part of the gender pay gap remains unexplained and cannot be linked to worker or workplace characteristics such as education, occupation, working time or economic activity the person works for. More transparency in pay would help uncover unjustified gender-based pay differences for equal work or work of equal value and help victims of pay discrimination to seek redress and enforce their equal pay right.

It is worth mentioning that many countries around the world are improving teachers’ salaries and are even creating special allowances to reinforce the attractiveness of the teaching profession and thus upgrading their educational levels.

Previous Lesson
Back to Lesson
Next Topic